→ Simple naming : Generally carboxylic acids are shown by their common or trivial name. The common name have been derived from latin or Greek names of their natural sources. The common name written in english end with the suffix ‘ic’ acid.

→ The position of the substituents in chain is indicated by the greek letters α, β, γ, δ etc. The carbon atom attach to —COOB group is called a carbon. Next to β, γ…………… etc.

→ IUPAC System : In IUPAC system aliphatic carboxylic acid are termed as alkanoic acid. The name of the acid is derived from the corresponding alkane by replacing the terminal e’ with oic acid’.

→ Substituent are written as prefix with their numbering in aiphabatical order before main alkane. Suffic oic acid’ is used in end.

→ In naming of compound containing more than one carboxylic group the last letter ‘e’ of the english name of the alkane remains as it is. The number of carboxylic group are indicated by adding the multiplication prefix di, tri etc before the word carboxylic acid.

Common and IUPAC name of some Carboxylic Acid 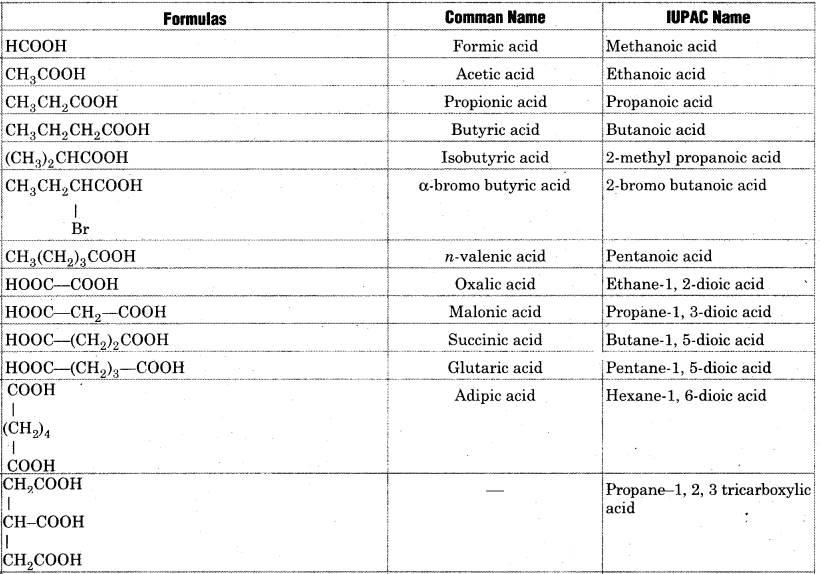 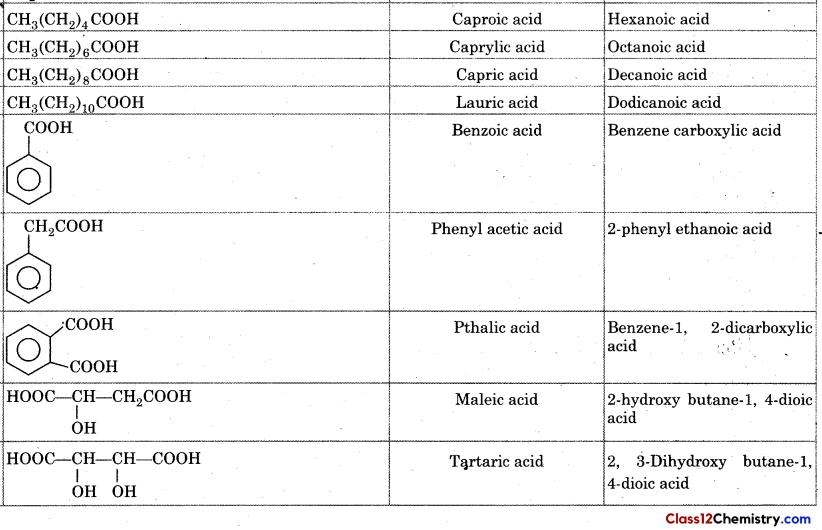 → Nomenclature of Poly carboxylic acid : Following rules are used for their nomenclature

→ If two —COOH group are present then both carbon are counted in main carbon chain.

→ if three or more than three —COOH group are present then all of them are lefted in carbon chain and instead of ‘oie acid’ suffix ‘carboxylic acid’ is used in its place. 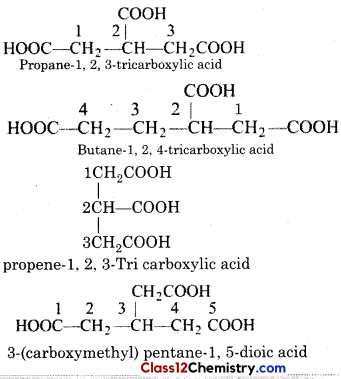