The methods of preparation are as follows :

→ By Oxidation of Primary Alcohols and Aldehydes Primary alcohols are readily oxidised to carboxylic acid with common oxidising agents such as conc. HNO3, Potassium dichromate, and chromium trioxide in acidic medium, Potassium permagnate in neutral, acidic or alkaline medium. 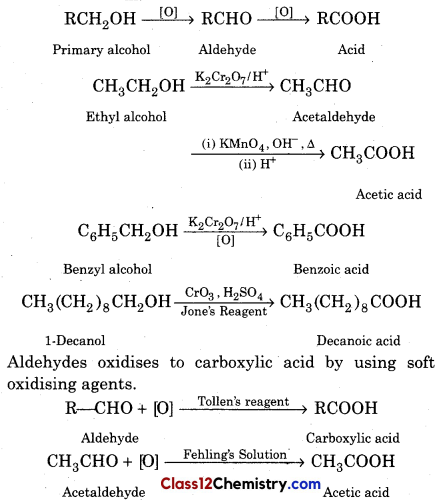 By Oxidation of Methyl Ketones :

→ Methyl ketone or secondary alcohols oxidises in carboxylic acid in the presence of strong oxidising agent. 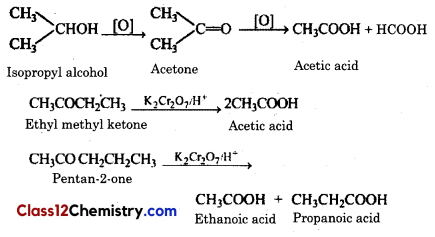 → Methyl ketone are converted to carboxylic acid by haloform reaction.

By hydrolysis of Cyanides or Nitriles :

→ -CN group is hydrolysed to -COOH group by hydrolysis of nitriles with dilute and hot hydrochloric acid or dilute sulphuric acids. 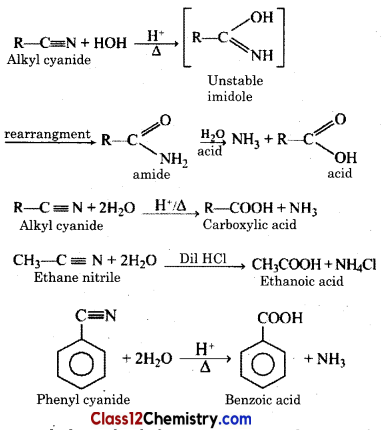 → By Hydrolysis of Trihalogen Derivatives of Hydrocarbons Carboxylic acid can be prepared by hydrolysis of 1, 1, 1-trihalides. 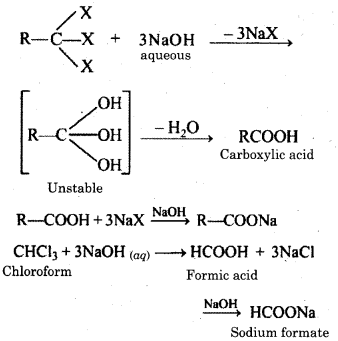 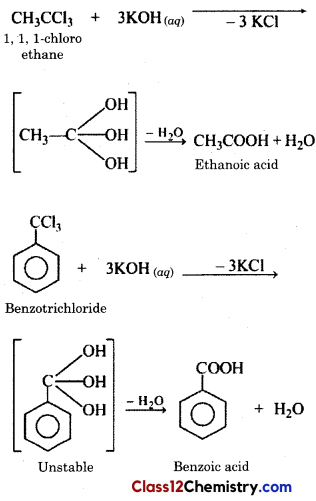 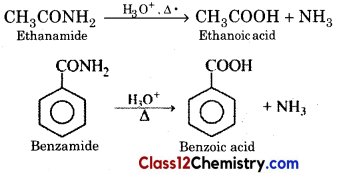 → From Grignard’s Reagents Grignard reagent react with carbon dioxide (dry ice) to form salts of carboxylic acids which in turn give corresponding carboxylic acids after acidification with mineral acid. 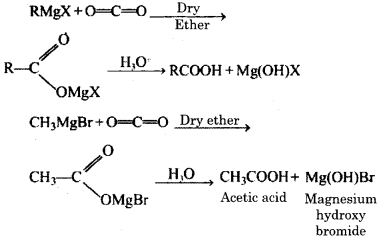 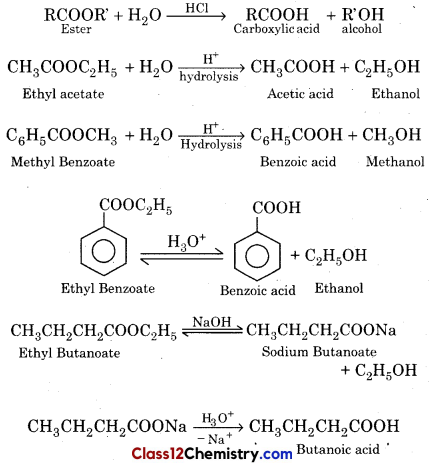 → From Alkyl Benzene Aromatic carboxylic acid can be prepared by strong oxidation with alkaline KMnO4, or cromic acid of alkyl benzene. The side chain of any length oxidises completely and form carboxyl group. Secondary and primary alkyl group oxidises in the same way but tertiary group does not affected. 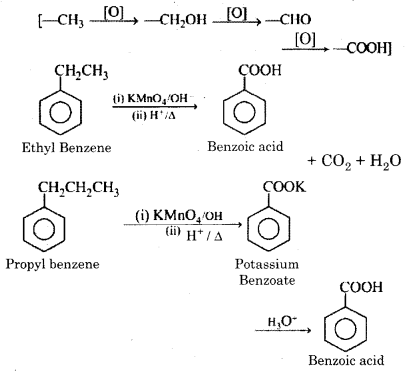 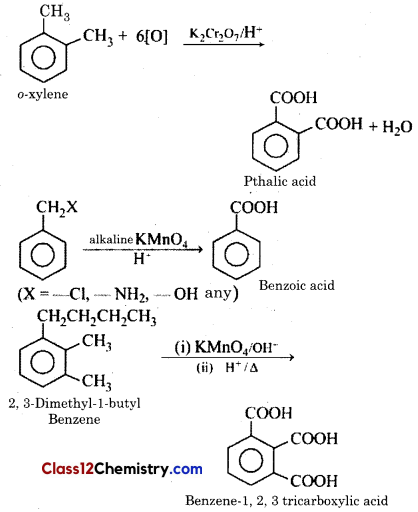 → From Acyl Halide Acid chlorides on hydrolysis with water gives carboxylic acids. These are readily hydrolysed with aqueous base to form carboxylate ions which on acidification give corresponding carboxylic acid. 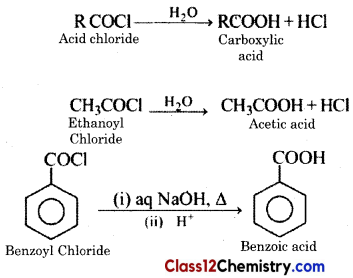 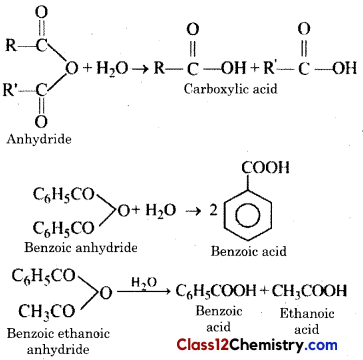 By the Reaction of Nitrous Acid with Acid amide :

By oxidation of Hydrocarbon :

→ Higher fatty acids are obtained from oxidation of long chain hydrocarbon in presence of magnese acetate or magnese sterate catalyst at 393 K temperature.