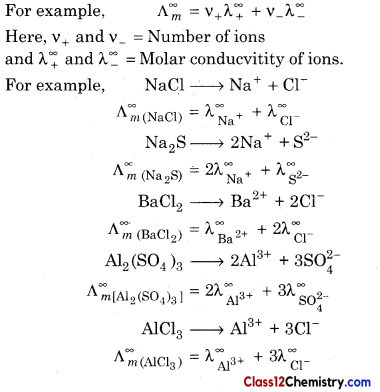 There are following applications of this law: 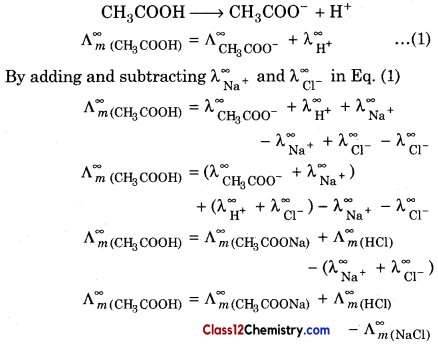 With the help of above equation, we can determine the molar conductivity of CH,COOH at infinite dilution.

Degree of Dissociation of Weak Electrolyte can also be determined by this law.
We know that,

Dissociation Constant of Weak Electrolyte can also be determined by this law.

Ionic Product of Water can also be calculated with the help of this law.
The values of ionic molar conductivity of H+ and OH– at infinite dilution are 349.8 ohm-1cm2 mol-1 and 198.5 ohm-1cm2mol-1 respectively. So, 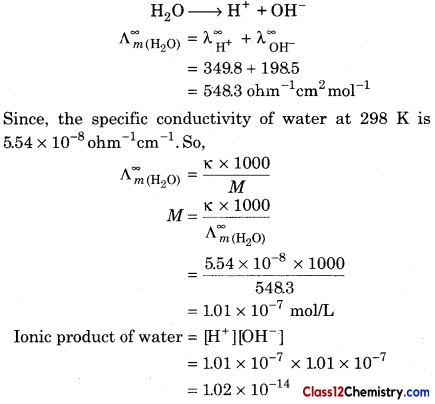 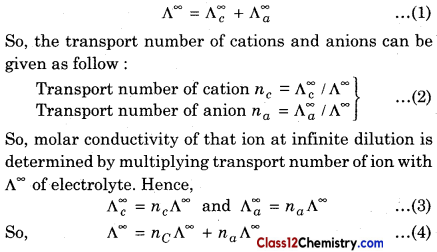 This law of independent transport of Kohlrausch is applicable to all strong and weak electrolytes uniformly.