→ First of all, isomerism was discovered by Liebig and Wohier in 1820. They observed that the chemical composition of silver fulminate and silver cyanate is same but show different in physical and chemical properties.

Example : A compound with molecular formula C2H6O can be represented by two forms:

→ In this way, we cannot recognise a compound by molecular formula but its structural formula must be known. Berzelius gave the name ‘isomerism’ to this phenomenon. The compounds having same molecular formula but differ in both physical and chemical properties are called isomers and the phenomenon is called isomerism. The classification of isomerism can be shown by the flow chart: 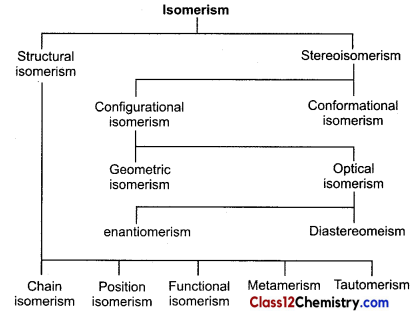