→ion is called diazonium group. They are named by suffix diazonium to the name of the parent hydrocarbon from which they are formed followed by the name of anion. 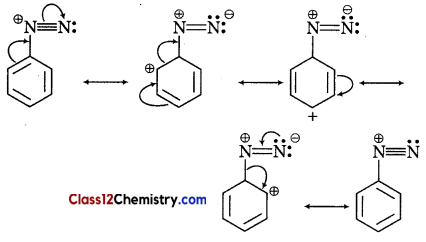