Fischer projection is the two dimensional representation of a three dimensional molecule. The main points of Fischer Projection Formula is:

→ For the compounds with one chiral carbon at centre, Fischer projection formula is drawn as intersecting horizontal and vertical lines. The chiral carbon is considered to lie on the point of intersection and the lines originating from this point are considered as four bonds joined to that chiral carbon (chiral C atom is the one which is attached to four different atoms or groups).

The rest two substituents are written on left and right side of horizontal line. It is clear from the following examples: 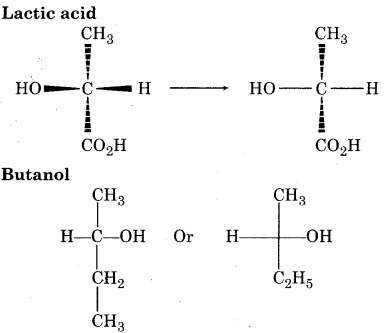 Following points should be kept in mind while writing Fischer Formula:

→ Projection formula should never be move out of plane or should not be rotated.

→ The single most important rule regarding rotating a Fischer projection formula is that 900 or 270° rotations are disallowed. Such type of rotation will form image form of original compound.

→ Projection formula can be rotated at an angle of 180° because due to this, there is no change in three dimensional form of compound.

→ Configuration is not changed by inter change of two groups twice on chiral carbon. 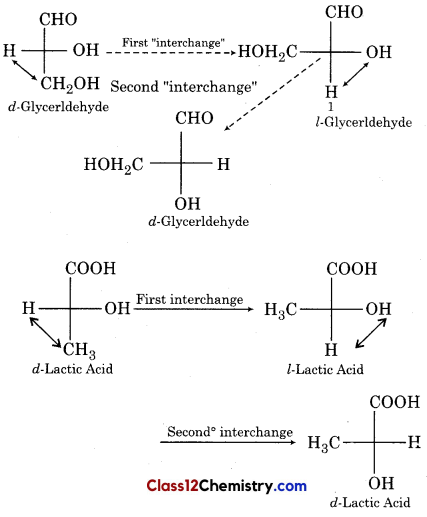