Determination of Order of Reaction :

Order of reaction can be measured by following methods:

This method is used only for reaction having one reactant. This reaction can be represented as follows:

Similarly, if straight line is obtained in graph between rate and [A]2, then the reaction is of third order reaction

But, this method is a hit and trial method fundamentally. So, its area of utility is limited. This method is not suitable for more than one reactants.

Graphs for Different Order of Reaction :

Graph between Concentration of Reactants and the Rate of Reaction 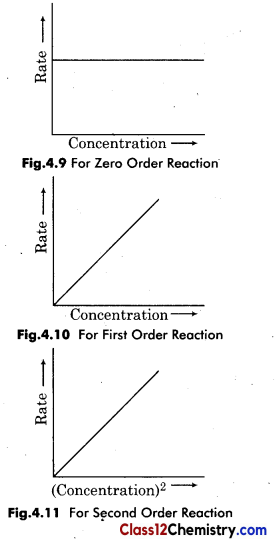 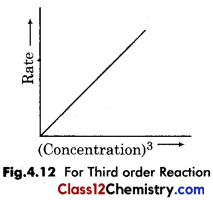 → Molar concentrations of two reactants Band C of above reaction are taken very high in first step and rate of reaction is studied with A respect to only. Ratek[A]x

→ Initial rate method is used for the determination of order of reaction in the presence of more than one reactant. Initial rate is that rate of reaction which takes place on initiating the reaction. So, at t = 0, rate is called initial rate. It is determined from the slope of concentration-time curve at zero time. 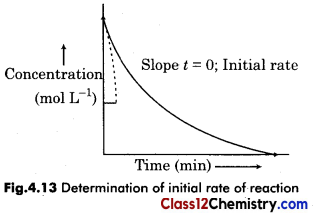 → Initial rate represents intrinsic tendency of reaction because at this stage t = 0 and rate of reaction does not influenced from products. 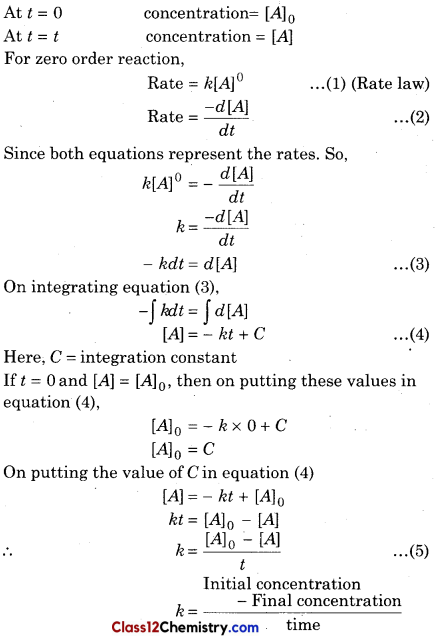 Equation (5) and (6) are integrated rate equations for zero order reaction.

→ If a graph is plotted between concentration and time for zero order reaction then it is obtained as figure 4.14. According to this graph, a straight line (y = mx + C) having slope (-k) is obtained and its intercept is equal to [A]0. 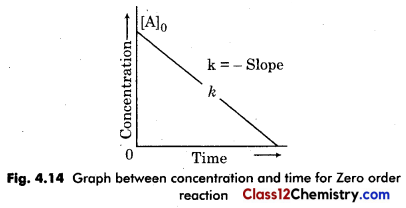 → If rate equation x = kt in zero order reaction is considered as integrated rate equation then it is an equation of a simple line (y = mx) whose slope (tan) is equivalent to rate constant (k0). 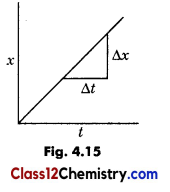 → Some examples of zero order reactions are given below: 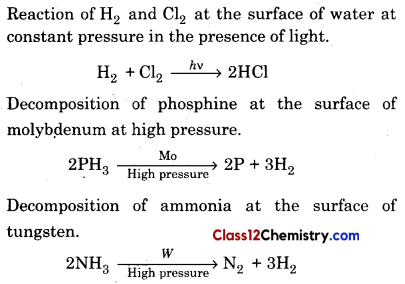 → The thermal decomposition of gases at catalytic surface, some enzyme catalysed reactions and photochemical reactions are of zero order. 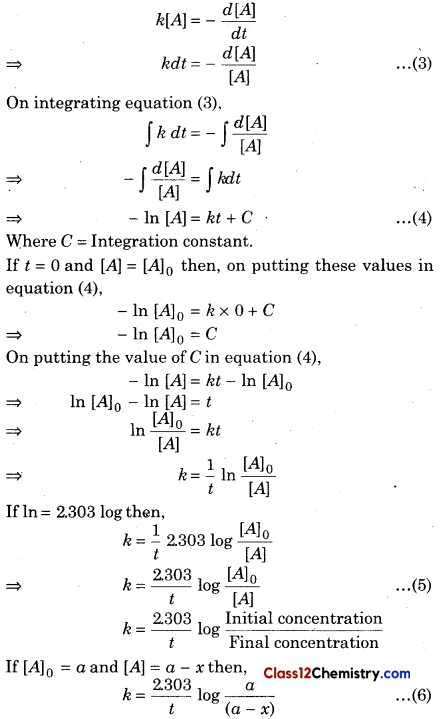 Equation (5) and (6) are integrated rate equations of first order reaction. 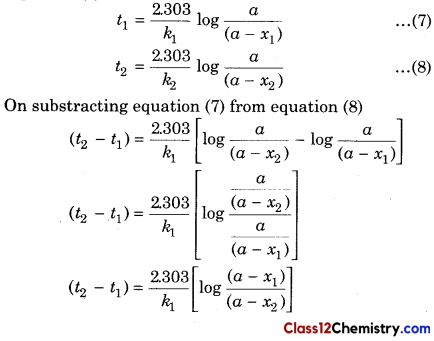 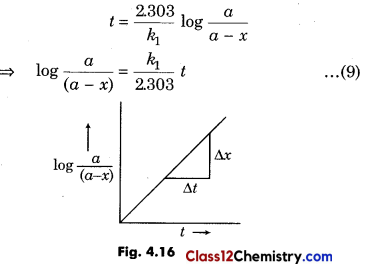 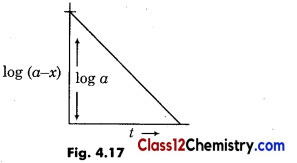 → It has opposite slope and a straight line (y = mx + c) intersect on y-axis, which is in graph. So, graph is in between log (a – x) and t. The slope of this straight line will be as follows by which the value of k, can be calculated. 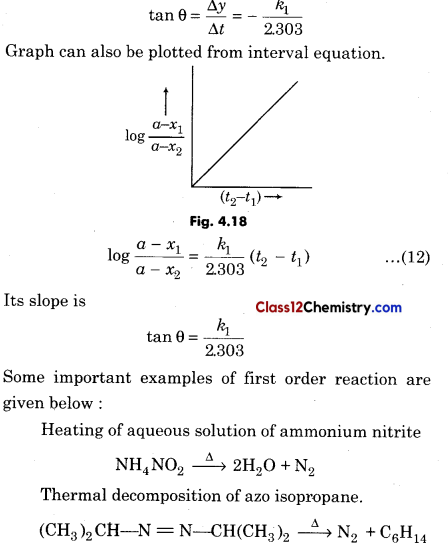 All radioactive decompositions are of first order reactions. 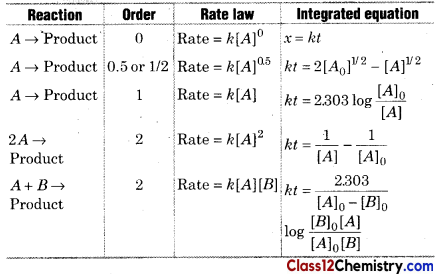 Generally, rate equation for nth order of reaction can be expressed as follows:

The above equation is used for all other order of reactions except first order reaction.

→ The time which is required to convert half part of reactant into product in reaction, is called half-life period of that reaction. It is represented by the t1/2 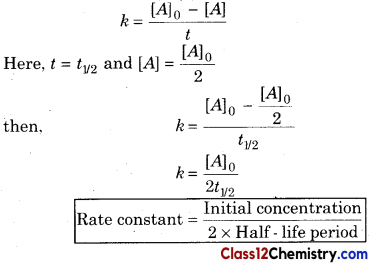 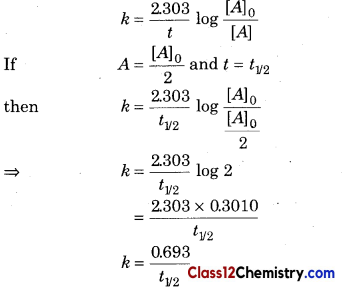 will be as follows : 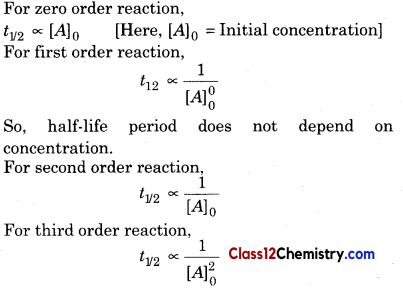