These are explained as follows: 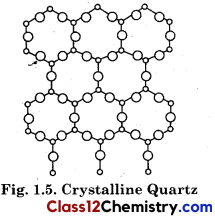 → Amorphous solids “Those solid substances, in which constituent particles (atoms, molecules or ions) are not arranged in definite geometric pattern in entire crystal, are called amorphous solids.” These solids are made up of particles having disimilar shape. In these solids, the arrangement of constituent particles is in short range order only. Here arrangement and periodic repeating pattern are seen in short distances only. The structure of such type of solid is similar to that of liquids. For example glass, rubber, plastic etc.

The two dimensional structure of amorphous quartz glass is represented in Fig. 1.6 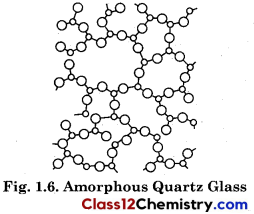 → These are following main uses of amorphous solids:

→ Note : Amorphous solids soften at a certain range of temperature. These can be moulded by melting. They are being made crystalline on heating at a certain temperature. Due to this crystallisation, milkiness appeared in the visibility of some objects of glass of ancient edge. These have flowing nature like that of liquids but very less in comparison to them.

→ So, these are called pseudo solids or super-cooled liquids. Due to this property, the lower ends of windows and doors of old buildings are reletively thicker. Its reason is that glass flows towards lower end with very slow motion and make the lower end thick.

Anistorpic and Isotropic nature of Solids Or Anistropy and Isotropy : 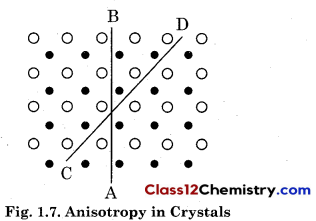 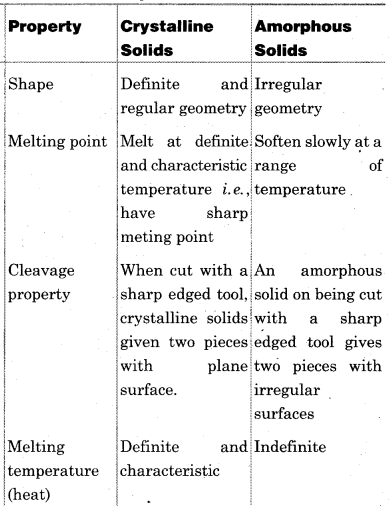 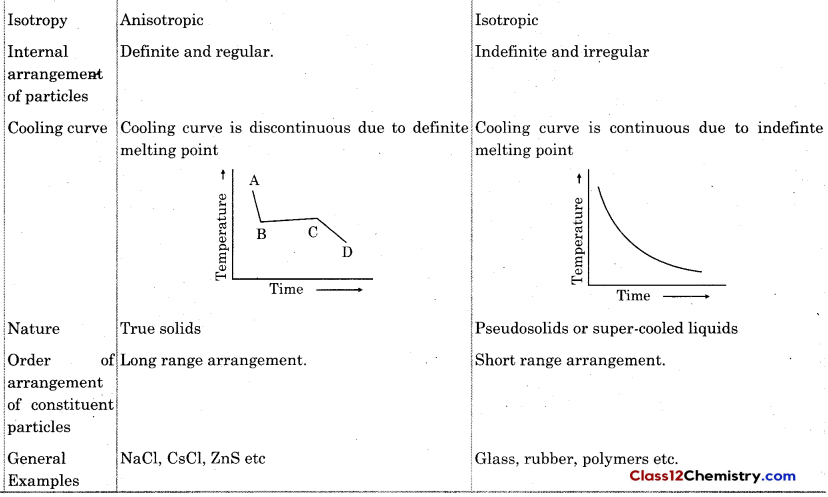 → Similarly, cuprous sulphide (Cu2S) and silver sulphide (Ag2S) are isomorphous. Mitscherlich proposed law of isomorphism on these isomorphous compounds. According to this law, “If the chemical properties of isomorphous substances are similar, their chemical formulas are also similar”.

→ Allotropy : When an element exists in two or more physical forms having different properties, and different structures it is called allotropes. Allotropes have different crystalline structure as well as different physical and chemical properties.

→ For example Carbon has three allotropes :