These three curves are represented in figure 6.6. 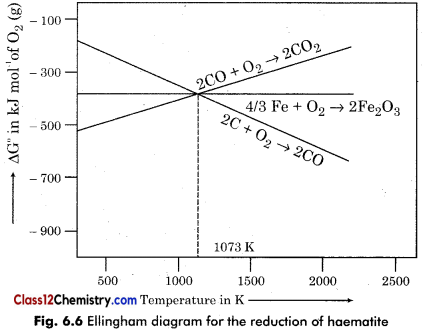 → Reducing nature of Carbon (Coke): As it is well know that carbon acts as reducing agent. When it shows reduction then following reactions take place:

→ From above given reactions, it is clear that in case (a), there is no change in entropy i.e., ∆S° = 0 because the volume of O2 and CO2 gases are same. Therefore change in Gibb’s free energy (AGR) is also zero ie, it remains constant during the reaction. Now in case (b) there is increase in entropy i… ∆S° = +ve.

→ It means ∆G° also becomes more negative as carbon is involved in the reduction of metal oxide. But in case (c) the value of ∆S° becomes -ve as number of gaseous moles in reactants are larger than the number of gaseous moles in products. So, in this case, ∆G° becomes +ve. Thus from this discussion we can conclude that carbon will behave as reducing agent only when it changes into carbon monooxide during reduction process. It can also be understood with the help of Ellingham diagram given in fig. 6.7. 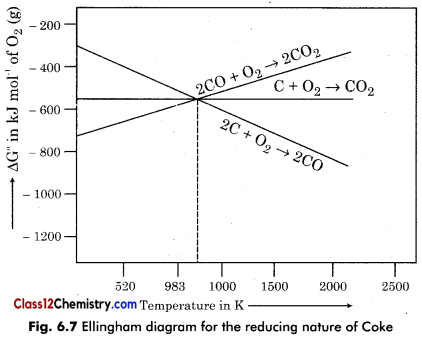 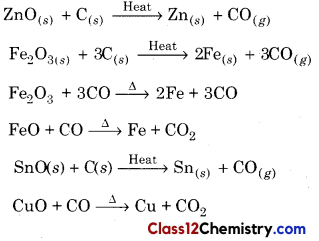