Aldehydes and Ketones Preparation and Properties 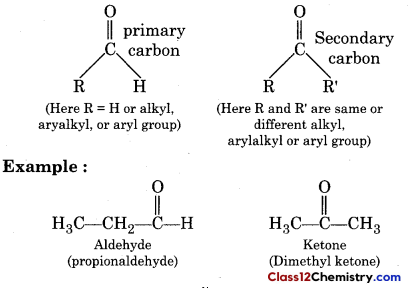 → The general formula for both aldehyde and ketone is CnH2nO.