→ Those carbonyl compounds in which carbonyl group is bonded with oxygen and carbon is called carboxylic acids and their derivatives. 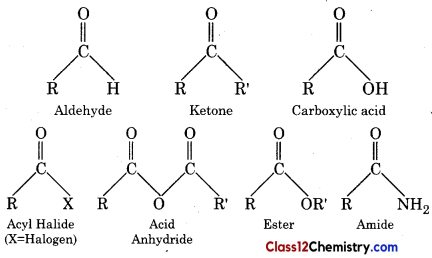 → Carbonyl Compound : Those organic compound which have carbonyl group are called carbonyl compound.

→ Cyanohydrin : Aldehyde and ketone both reacts with HCN to forms cyanohydrin.

→ Acetals : Aldehyde in presence of dry HCl gas reacts with monohydric alcohols and forms acet-als. A intermediate is formed in the reaction which is formed as hemiacetal. 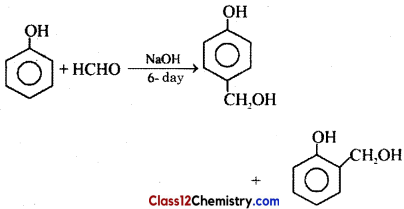 → The product obtain in above reaction is used in the preparation of bakelite and novalake.

→ Aldol Condensation : It is shown by aldehyde and ketone having α-hydrogen atom. 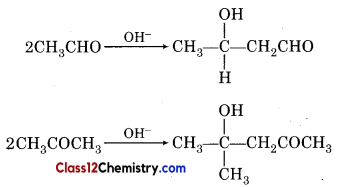 → Cannizaro Reaction : It is shown by aldehyde which do not have α-hydrogen. Ketone do not show this reactions. 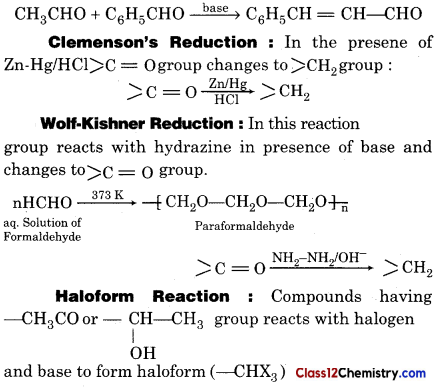 → Popoff s rule is used for reduction of ketones.

Parahydroxy alcohol obtained from reaction of methanal and phenol in presence of conc. H2SO4 condenses and form bakelite.

→ Carboxylic acid and alcohol in presence of acid forms ester and this process is called esterification.

→ The carbonyl group (>C = O) attached with — OH group in carboxylic group does not give nucleophihc addition reaction and known as pseudo carbonyl group.