Nomenclature of Amines Preparation and Properties

→ According to common system, amines are called alkylamines by adding the suffix amine to the name of the corresponding alkyl group.

→ In TUPAC system amines are named as alkanamines. Common and IUPAC names of some of the aiphatic amines are given below: 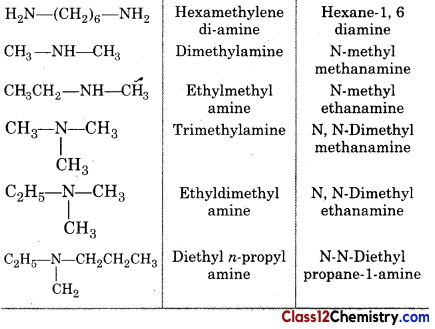 → In aromatic amines, —NH2 group is directly attached to the benzene ring, the simple example of such type is C6H5NH2. It is known as aniline or benzenamine. Other aromatic amines are derivatives of benzenamine, in which the positions of other groups are indicated by numbers.

→ Some examples of common and IUPAC names of aromatic amine are: 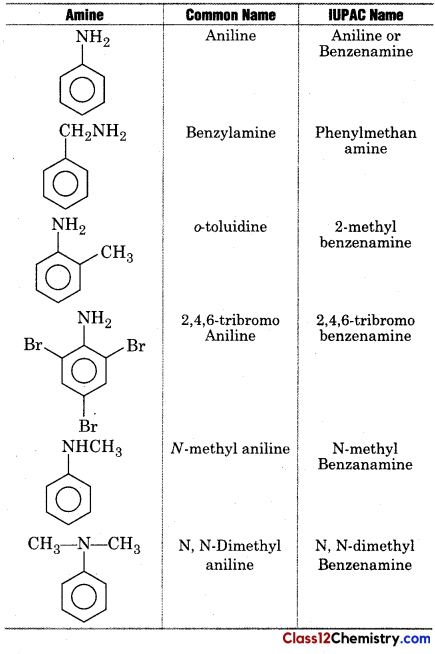 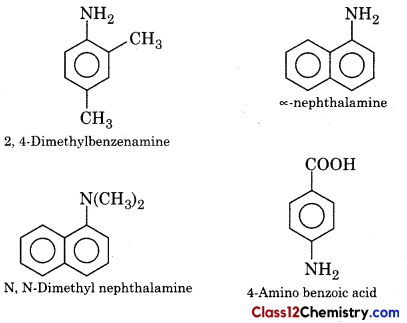