Nomenclature of Alcohols Preparation and Properties

Here we will discuss three systems of nomenclature.

→ Common System : According to this system alcohols are called as a1kyl alcohols’. 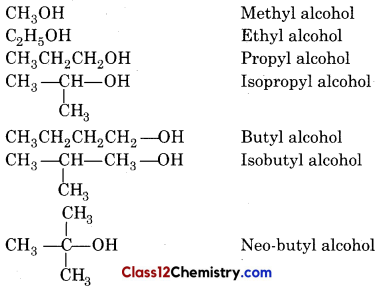 → Carbinol System : In this sytem, the simplest monohydric alcohol. CH3OH is called carbmol while other alcohols are named as alkyl derivatives of carbinol. 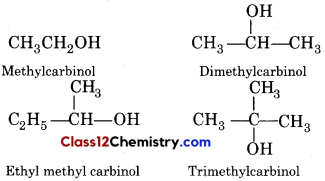 → IUPAC System : In IUPAC Nomenclature system, alcohols are named by replacing ‘e’ in the name of parent alkane by ‘ol’.

Therefore, alcohols are known as ‘alkanol’ in IUPAC system. Following steps are followed in this system:

→ The longest chain containing the carbon bonded to — OH group is selected as the parent chain.
The carbon atoms in the chain are numbered in such a way so that the carbon atom carrying the hydroxyl group gets th lowest number. In the parent chain, if substituents other than the main functional group —OH are present, they are written in prefix according to alphabetical order.

→ If more than one —OH groups are present in an organic compound, the number of—OH groups is indicated by adding the multiplicative prefix such as di, tri, tetra etc., before ‘ol’. 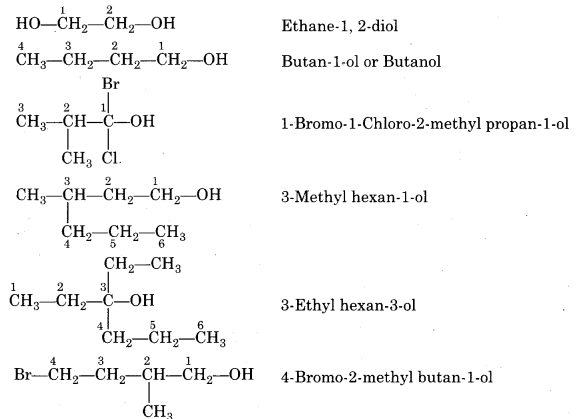 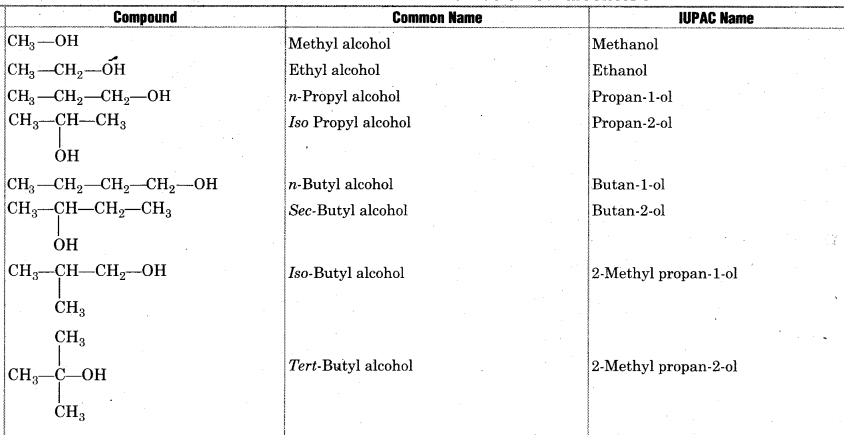