→ Both tetrahedral and octahedral voids are present in close packed structures. The determination of these voids in cubic close packing (ccp) or face centred cubic (fcc) or hexagonal close packing (hep) is done as follows 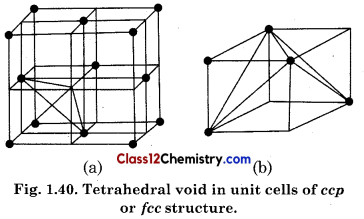 → Locating Octahedral Void : If we see unit cell of ccp or foc lattice carefully then it will be known that here cube does not contain body centre but its face is surrounded by six atoms present at centres. If these face centres are connected with each other then a octahedron is formed. So, here an octahedral void is present in unit cell that is present at body centre of cube. 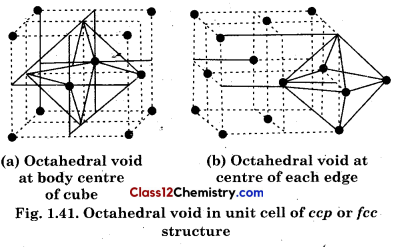