→ The series which is obtained on placing various metals on the basis of their electrode potentials either in decreasing order or increasing order is called electrochemical series. This series gives direction about strength for reduction of one metal ion by other metal ion.

This electrochemical series is represented as below: 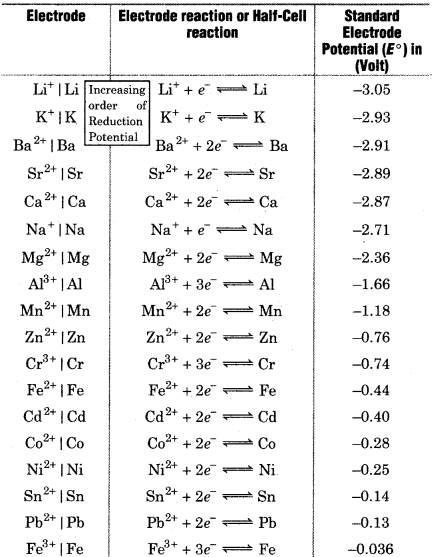 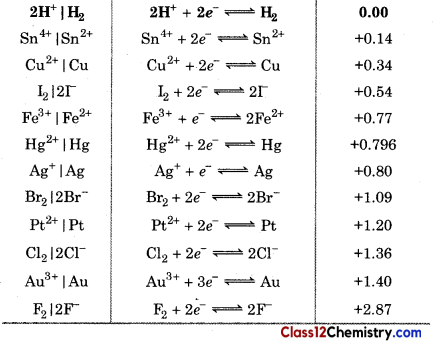