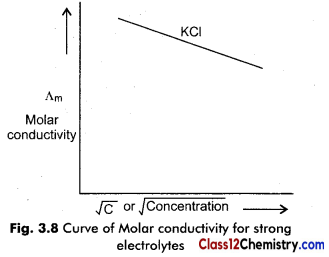 → Debye, Huckel and Onsager expressed the relation between molar conductivity of strong electrolytes and concentration by following equation:

→ This relation has no theoretical concept. On the basis of mathematics, Onsager (1923) gave a long form by modification in above equation:

where, D = Dielectric constant of medium (solvent)
n = Viscosity C = Concentration
T = Absolute temperature Constant terms can be represented by A and B respectively in equation. ie. 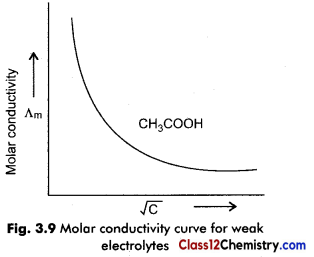